The rise of mobile gaming in France, girls gamers in Italy, early adopters in Germany and e-sport fans in Spain
Kids Insights, part of the Insights People, issued its latest reports – Digital Downloads, which focus on the digital lives of this generation of children. The reports are the results of the largest study into the digital attitudes, behaviour and consumption ever taken, which is based on surveying more than 800 age and gender representative children across France, Germany, Italy and Spain, or more than 40,000 children over the past 12 months (March 2019 – February 2020).

The reports highlight the significant changes in children’s use of technology, devices and content consumption, the significant amount of time that children now spend consuming digital content and the increasing growth of the INXP (in-experience purchasing) market, where children purchase in-app and in-game purchases. The reports also provide an early look at the effect of Coronavirus on the attitudes, behaviour and consumption of European children.

Nick Richardson CEO comments,
“These reports and our real-time data portal provide clients with an unrivalled insight into the digital lives of children across France, Germany, Italy and Spain. Furthermore, our unique approach to surveying children continually is already providing some significant insights into the impact of coronavirus and how we are seeing retro gaming devices in home has increased  in the UK (+12%) France (+59%), Italy (+22%) and India (+58%) over the last few weeks. Families dusting off old machines that haven’t been used recently but can be enjoyed across generations and will be introducing children to more old-style games.”

Some of their key findings from the report include:
With casual gaming now widespread, thanks to the high usage of mobiles and tablets, mobile gaming has opened up to new markets – including the previously relatively untapped cohort – the girl gamer. Kids Insights data shows that girls in Italy are gaming the most (73%), compared to France (35%), Spain (64%) and the UK (70%).

Although 55% of children in France still have access to a console – a figure which peaks at 73% amongst boys aged 10-15 – more and more gaming is done on mobile. France differs from the UK and US when it comes to console market share, as both PlayStation and Nintendo hold a significant lead over Xbox.

The ways in which children in Germany are accessing their gaming content differs from similar other European markets. The research shows they are more likely to own desktop PCs (16%) than in either the UK (14%) or France (11%) and they are also the most likely group of kids to use their mobile phone (34%) to game. The fact that German kids do not heavily prefer one gaming platform over others could see them become early adopters in cloud gaming technology.

While children in Spain are not only satisfied playing games, but also spend a significant amount of time watching streamers and esports events. One in five of all children in Spain watch esports on screen (equivalent to 1.5 million children), rising to a huge peak of 35% amongst teenage boys – much higher than the 22% of teenage boys in the US who watch, for comparison.

They also released some insights on the impact of Coronavirus on kids:

A significant increase in how children in Italy have been adapting their digital habits and spending more time online while on lockdown due to COVID-19 (Netflix usage has increased by 10% and console usage by 16%), a pattern that is expected to be repeated across Europe.

Comparing January to 25th February – 25th March, the data also shows that the number of tweens and teens in Italy who use Facebook has increased by 30%.

Also comparing January 16th-23rd February to the same dates in March, the number of 6-12-year olds in Spain using chat platforms has increased 20% as children increasingly seeking out opportunities to connect via a shared experience or interest.

Jonathan Watson, CPO Kids Insights, comments:
“Our four Digital Download reports we have produced provide a significant insight and a must have for anyone in the kid’s industry. With children across Europe having more ownership to tech and devices, we’re also seeing how this generation are increasingly spending their money online. Across the last 12 months, the number of kids who spend more of their money online (rather than on the high street) has increased in every single territory – on average by 8%.

This generation are truly like no other. These reports and portal provide an unrivalled insight into their lives to help inform clients strategies across their business.” 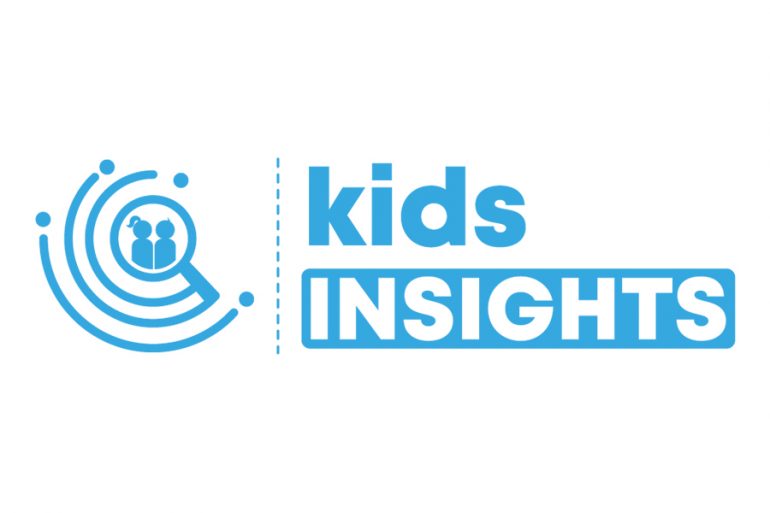