With more than 1,200 exhibitors. Spiel ’19 in Essen set a new record once again this year and is becoming increasingly global. 70 percent of the games publishing companies now come from outside Germany – from a total of 53 nations, primarily from the USA, followed by France, Great Britain and Poland. And they have a common goal: to gain a foothold in the fiercely contested German games market. No easy undertaking. 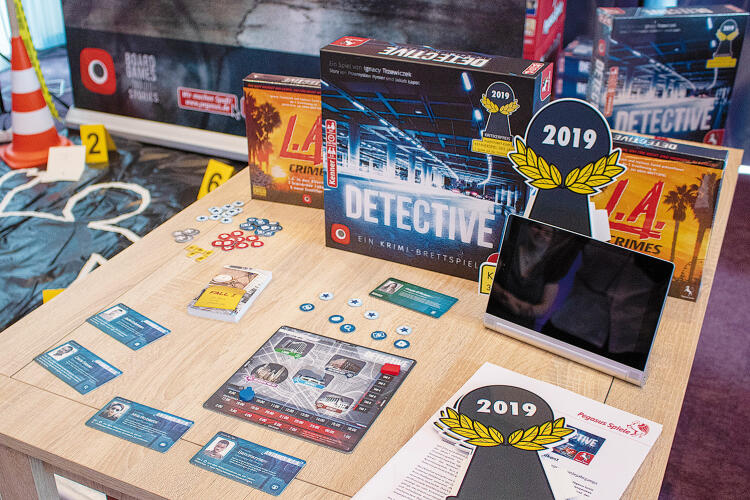 Ignacy Trzewiczek not only heads the Polish company Portal Games, but is also inventor of the board game “Detective”, which was a big success at Spiel ’19 in Essen

Questioning and tailing suspects, attending crime scenes, combining clues and evidence – assisted by a specially programmed database and the real internet: the crime board game “Detective” breaks down the barriers between games and reality. Five card-based criminal cases make “Detective” into a real mystery story. This novel creation was one of the highlights at “Spiel ’19“, was nominated as one three games for the “innoSPIEL” prize of the year for its innovative approach and landed in sixth place in the top ten list of the Deutscher Spielepreis. Author is Ignacy Trzewiczek, founder and owner of Portal Games based in Poland, a publishing company celebrating its 20th anniversary this year and which has developed into one of the really big players for sophisticated, complex games worldwide.
In the German market he relies on a German partner: Pegasus Spiele in Friedberg. At the publishing company, which takes care of sales for numerous foreign suppliers in Germany, colleagues from Poland have a very special position. “Our logo can also be found on the packaging of Portal Games,” says PR manager Peter Berneiser. “That shows the importance the company attaches to us. For some games from Portal Games, we also do the German editing.”

But while board games are becoming increasingly popular in Poland, in other countries they still tend to be regarded as a waste of time – for example in Indonesia, reports Andre Muslim Dubari. The Asian games fan not only brought the game “Coffee Crash” that he published himself to Essen, as Chairman of the Indonesian Board Game Association he also manages the pavilion of the Asian island state, in which 20 games could be tried out and tested. “For logistic reasons, it is very difficult to sell our games in Germany,” he says, describing the problem. “This is why we are looking for licensees for Germany.” That has happened only once since 2017, but Dubari is optimistic and hopes that board games will no longer stay a niche product in Indonesia, either.
While the Indonesian pavilion is funded by the government, “Japon Brand” is a collective of independent Japanese game authors that will be ten years old this year and which presented around ten games in Essen. “Many companies that we have brought to Essen previously now have their own stands at the trade fair,” says Director Nobuaki Takerube, delighted at the success of the Japanese games in Europe, all of which were in Essen on the lookout for interested publishing companies that would like to add them to their range. 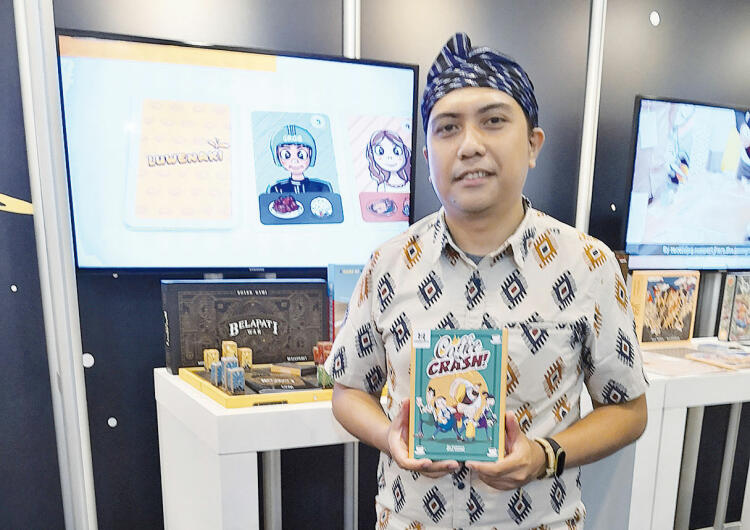 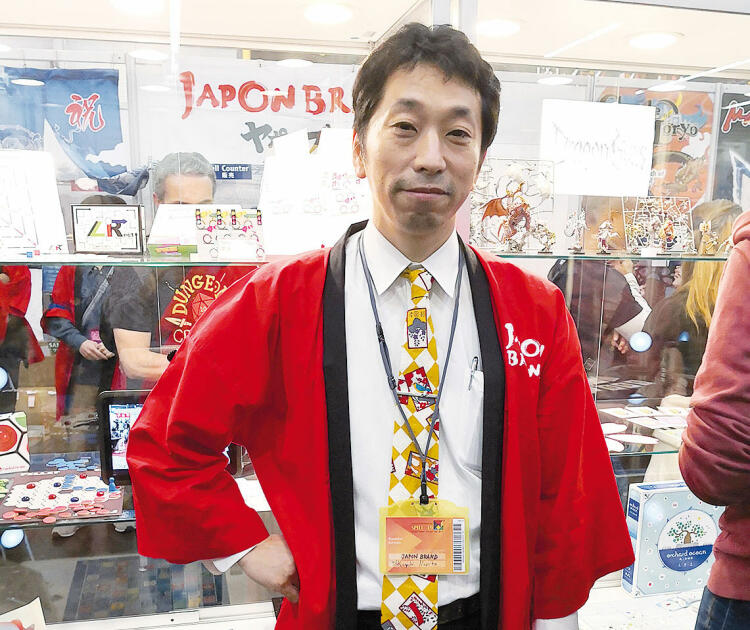 Max Hirschel has a very different approach. Together with his partner, he manages Sunny Games, a Netherlands-based specialist in cooperative games – and he has a big dream. “We would really like to get our products into Germany“. He is convinced: “If you make it here, then you can make it anywhere“. But it is not that easy to find a distributor for a small publishing company. So Hirschel is currently thinking about working together with Spiel-direkt, a cooperative based in Dossenheim, which has concentrated on the sale of games from small publishing companies. The disadvantage: the companies need to take care of their own marketing.
For Matthias Etter, too, Germany was the gateway to the world. The CEO of the Swiss cuboro AG invented a high-quality marble run system that he manufactures exclusively in Switzerland and markets. Board and strategy games are also part of his range. “We entered the market with our games system in 1986 and now export to 30 countries. The biggest market is Japan – followed by Germany,” the entrepreneur explains. In Germany, cuboro was established as a learning aid. But that wasn’t easy. It all started in 1992/1993 in small shops specialising in wooden toys. In 1996 followed the first independent visit to the toy fair in Nuremberg. Etter knows that the different currency can, however, develop into a problem for a Swiss company. 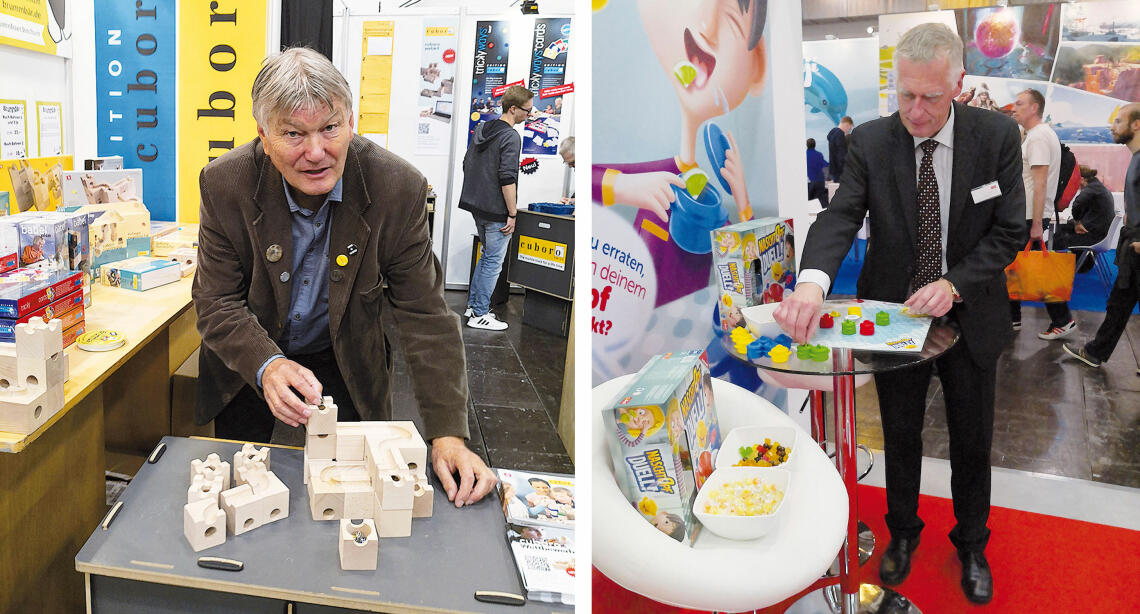 For Matthias Etter, CEO of cuboro AG in Switzerland, Germany is the second most important market after Japan / As key account manager, Peter Müller manages the German subsidiary of the Polish Trefl publishing company in Bremen

“During the Eurozone crisis in 2015, our product became 35 percent more expensive in Germany – and our sales slumped substantially,” he recalls. “But when it comes down to it, Germany for us is a market where we can rely on the players – and which is marked by high quality awareness. Those are the best credentials for a company like ours.”
To conclude, let‘s go back to a Polish supply company: Trefl, one of the really big players in Poland and one of very few foreign publishing companies that founded a subsidiary in Bremen three years ago in order to open up the German market for its products. Trefl is strong in puzzles, but key account manager Peter Müller would like to increase awareness of Trefl as a brand for games, particularly in specialist retailers. “The added value of having your own subsidiary is high,” so he believes. “You can pursue your own business strategy and be a contact partner for national trade, and we also have our own warehouse in Germany. This enables us to supply smaller quantities with-out any problem.”