The reason why this article focuses on the U.S. market for Action Figures is two-fold: Firstly, it is the largest market and represents an estimated 30 percent of all Action Figures sold worldwide; secondly, all indications are that similar developments are taking place around the globe. 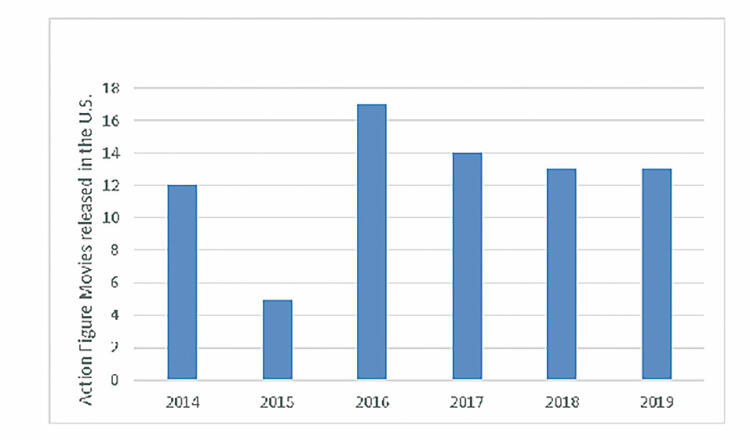 On all accounts, the Action Figure market in the U.S. is growing nicely. It is today driven by two major factors – big screen movies and films shown on cable television. On the surface of things, everything looks just fine and action figure movies continue to be released on a pretty constant rate (see graph 1). The same movies are being rerun on the leading TV networks catering to children – the main consumers of Action Figures – backed by advertising there.
All indications are that the Action Figure toy category is growing steadily and