Italy is the first country in the world to make the use of anti-abandonment devices compulsory (effective March 6, 2020), in order to avoid that a child may be accidentally left unattended in a car. 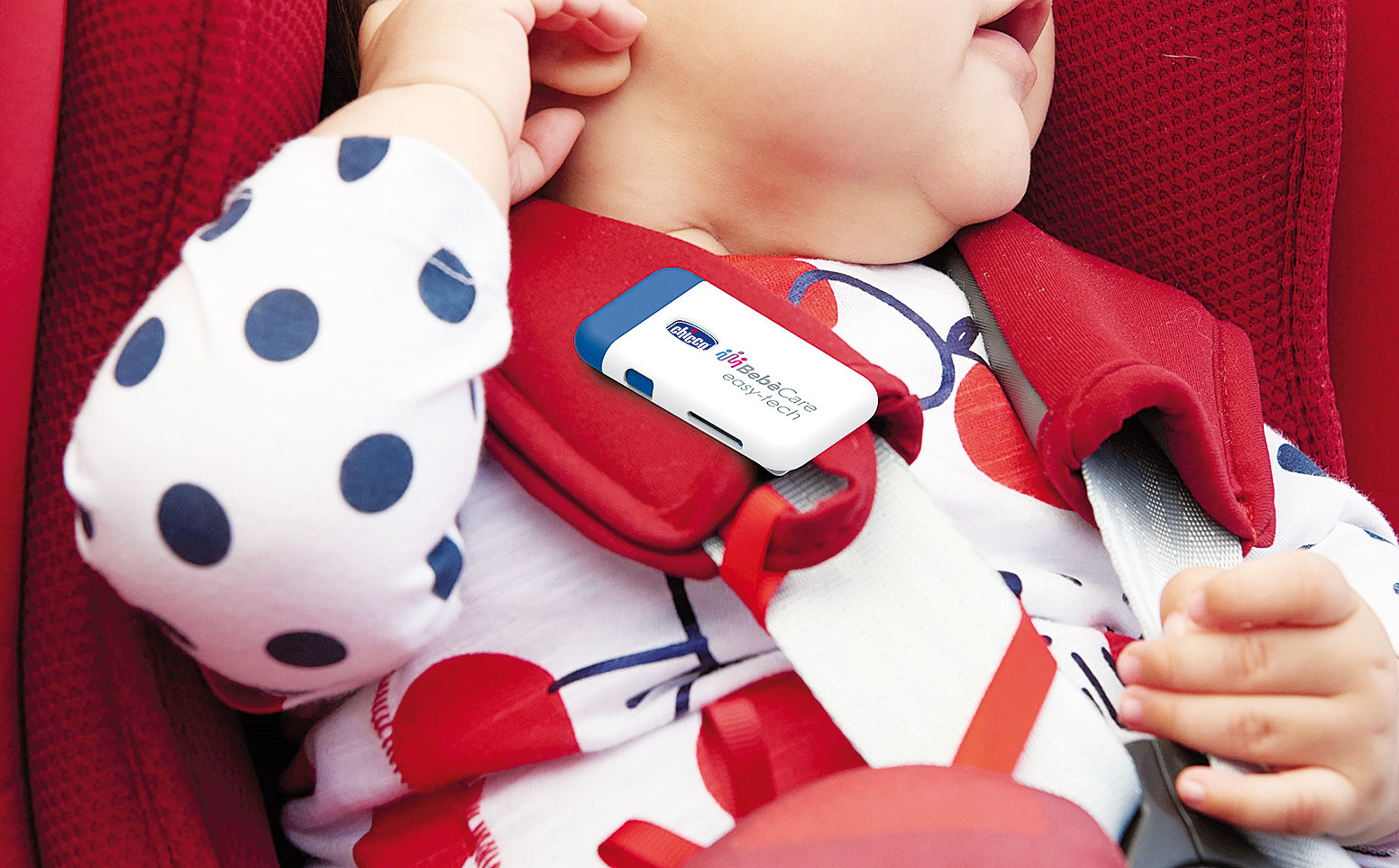 Universally usable: the Easy Tech Chicco BebéCare. The device can be fastened to all types of belts and harnesses

It is estimated that during the last 20 years over 600 infants died worldwide after being left accidentally unattended in a car (other sources raise the amount to more than 2,000). Most people think it is impossible for a parent to forget that their child is still in the car seat in the back of the vehicle, and any mother and father will be sure that such an accident could never happen to him or her. This is a dangerous misjudgement, however, because in fact everyone could be affected by dissociative amnesia, a condition which manifests itself in the inability to remember important information belonging to the individual’s personal sphere – especially in moments of stress or mental or physical exhaustion (not so unusual for parents of a newborn child): the main symptoms are difficulty falling asleep, lack of concentration and irritability. People affected by dissociative amnesia are often unaware of their problem.

If the memory blackout involves leaving a child in the car, most of all in the heat of summer, the consequences can be tragic. Since 2008, at least nine babies died in Italy under such terrible circumstances. In September 2018 a law modifying the article of the highway code relevant to car seats for children made the use of anti-abandon alarms compulsory for the transportation of children up to the age of four. It should have been enforced since July 1st, 2019, but for want of a decree stating the specifications of the devices to be used and of the necessary approvals by the European Commission and by the Italian Council of State it could not come into effect.
In the meantime, however, the nursery industry had started developing solutions and introducing them into the market. In 2013 already, the start-up company Remmy based in Bologna had launched its device of the same name, a sensor to be placed under the child’s car seat in order to monitor the weight: if the vehicle’s engine is switched off and no weight variation is detected, a sound signal is activated. “At a time when nobody seemed to care, we found an efficient solution, an after-market device that can be applied to any car seat”, Michele Servalli said, Remmy’s co-founder and CEO, after receiving the Gold at the EU Product Safety Awards 2019 in Brussels in the category Safety of Children Products (SMEs). “Remmy Car Baby Alert was the first anti-abandon system in the world; thanks to my partners who trusted me six years ago, children can travel more safely in the car today”. The product is partly assembled with a local social cooperative which supports the inclusion of marginalized and disadvantaged people. 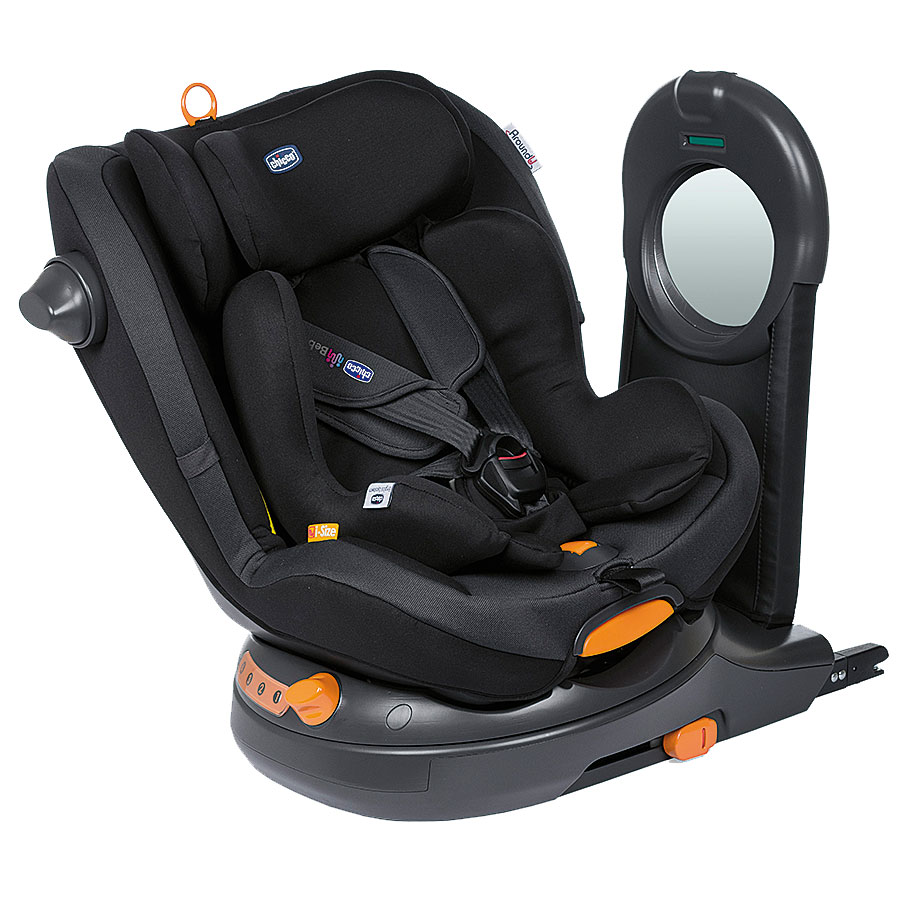 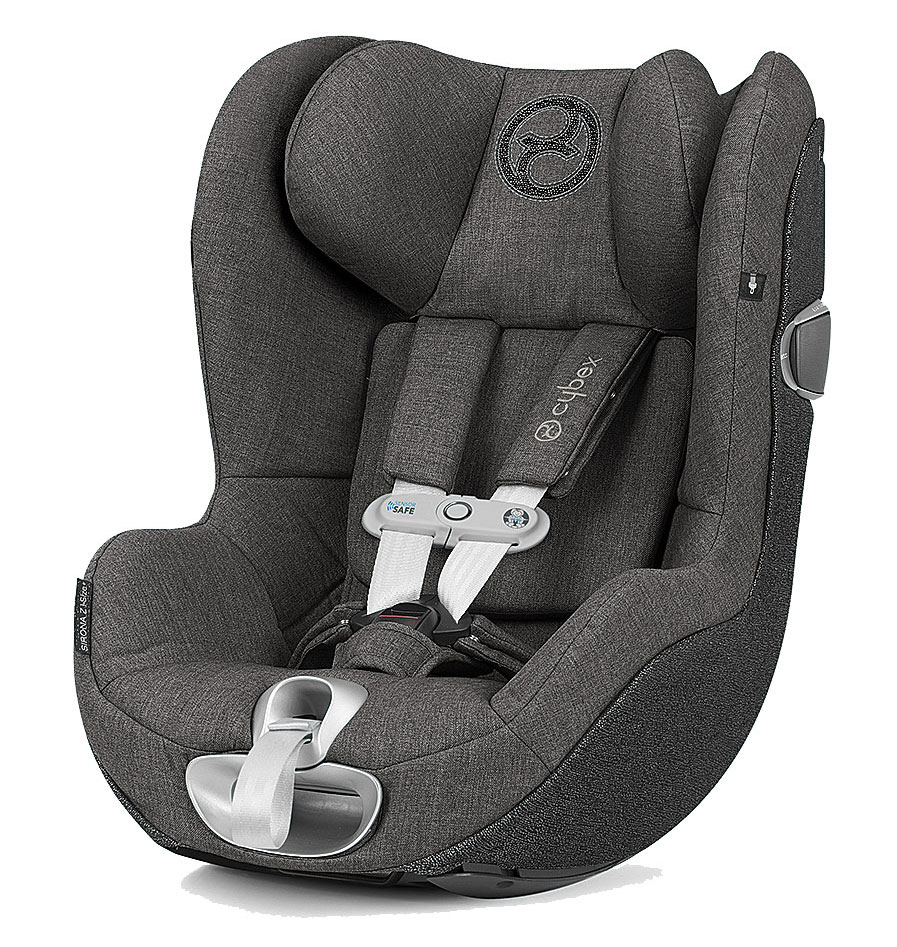 At the end of 2017 a partnership between Chicco, an Italian worldwide known brand owned by Artsana, and Samsung (Italy) announced it had developed a sensor system allowing to detect the child’s presence in its car seat and to send notifications to smartphones. At present the Chicco BebèCare system is integrated in four of the brand’s car seat models, Oasys 0+ UP, Oasys i-Size, SeatUp 012 and AroundU. Once the car seat is connected to a smartphone via app, the system is activated a few seconds after the child is positioned in it; if the smartphone moves away, a sound and visual signal alerts the adult and if the alarm is not silenced within 40 seconds an SMS is sent to a selection of preregistered phone numbers indicating the vehicle’s location.
In 2019 Easy Tech Chicco BebèCare has been introduced: it is an independent universal device that can be clasped to any car seat’s straps or safety belts; it must be fastened before departure and opened and turned off when the child is removed from its seat, otherwise it sends an alert in a similar way.

An analogous device, SensorSafe, has been introduced by Cybex at Kind + Jugend in September 2018. The clip, connected to a smartphone via Bluetooth, is activated when fastened to the car seat’s straps: it alerts the driver if the vehicle’s temperature is too low or too high, sends a notification after a two-hour continuous ride (suggesting a stop) and, most of all, sends a notification and an additional alarm if the smartphone is moved away from the car.
At the Bay-B area inside the Toys Milano B2B fair in May, Bébé Confort (a brand by Dorel), Foppapedretti and Inglesina exhibited their solutions consisting of a pillow with weight sensors, to be placed on the car seat.
On October 23, the rules for the enforcement of the law concerning the anti-abandon devices were eventually published in the Official Gazette. The use of such devices, which can be integrated into the restraint system at source, be part of the standard equipment or an optional accessory of the vehicle or which can be an independent accessory (both from the car seat and the vehicle), will be compulsory as of March 6, 2020. Other European countries might follow suit and many in the industry wish that the matter be regulated by a European standard.